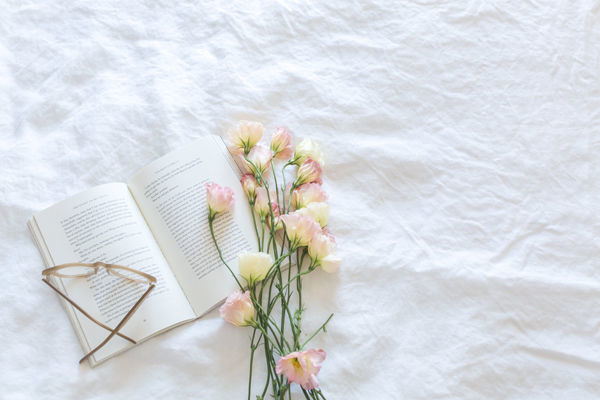 There are many animals in the forest. Today is a fine day. Animals are having a sport meeting.
Monkey, Fox, Panda, Rabbit and Bear are running. Look! Rabbit is the first. Fox and Monkey are the second. Bear is the third. The other animals are shouting, “Bear! Come on! Bear! Come on!” And look there, Duck and Pig are doing high jump. Pig is too fat, he can't jump very high. So Duck is the champion. Here! Cat and Squirrel are climbing a tree. Cat is ill. So he is the last, but he does his best. This sports meeting is wonderful. The animals are very happy!

A little frog wakes up in the morning. He can’t find his toy, he is crying.
A fish hears and comes. He asks, “Why are you crying?” The frog answers, “I lost my toy.” “What is your toy?” “I don’t know its name, but it’s round and yellow.” The fish says, “I know, I know.” Quickly, he comes back with a yellow leaf. “No, no,That’s not my toy.” The frog still cries.
A dog is coming, “A round and yellow thing is on the playground. That must be your toy.” The frog sees, that is not his toy, too. It’s a yellow ball.
A squirrel is running with a pine nut. But that’s not the frog’s toy.
It’s dark. The frog is very sad. He doesn’t find his toy. He cries again. The moon is rising in the sky. The shadow of the moon is on the pond. “Oh! My toy! I found my toy!”
The frog jumps happily.

she kindled a third match. again shot up the flame; and now she was sitting under a most beautiful christmas tree ,far larger, and far more prettily decked out, than the one she had seen last christmas eve through the glass doors of the rich merchants house. hundreds of wax-tapers lighted up the green branches, and tiny painted figures, such as she had seen in the shop-windows, looked down from the tree upon her. the child stretched out her hands towards them in delight, and in that moment the lights of the match warm quenched; still, however, the christmas candles burned higher and higher， she beheld them beaming like stars in heaven; one of them fell, the lights streaming behind it like a long, fiery tail.

“now some one is dying,” said the little girl, softly, for she had been told by her old grandmother， the only person who had ever been kind to her, and who was now dead that whenever a star falls an immortal spirit returns to the god who gave it.

she struck yet another match against the wall; it flamed up, and surrounded by its light, appeared before her that same dear grandmother, gentle and loving as always, but bright and happy as she had never looked during her lifetime.

First he used rare lily magnolia to make a small exquisite case which he fumigated with the delicate fragrance of osmanthuses and Chinese prickly ashes. Furthermore, the case was inlaid with emerald-green jadeite, and adorned with attractive rosy jade. The whole case was decorated in an extremely exquisite way.

A man of the State of Zheng saw this exquisite case and liked it very much. He bought it with a great deal of money, but he returned the pearl in the case to the man of Chu.

To go too far in the pursuit of form just like letting a presumptuous guest usurp the hosts role, which brings about opposite results.

One day, a monkey rides his bike near the river. This time he sees a lion under a tree. The lion runs at him. He is afraid and falls into the river. He can’t swim. He shouts. The rabbit hears him. He jumps into the river. The rabbit swims to the monkey, but he can’t help him. Luckily, an elephant comes along. He is very strong. He helps the rabbit and monkey. Three friends are very happy. They go to the elephant’s home. Then, three of them become good friends.