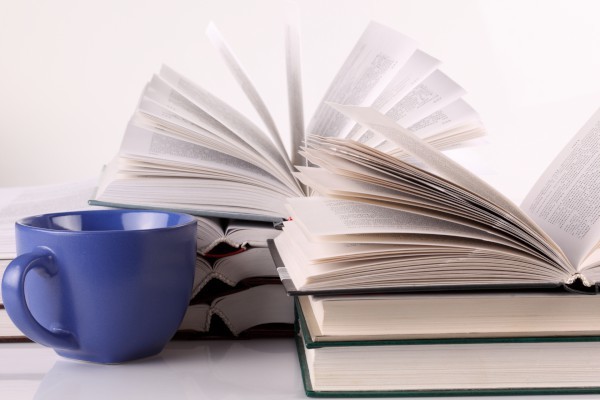 2015年GMAT阅读模拟试题及答案
Recent years have brought minority-owned businesses in the United States unprecedented opportunities―as well as new and significant risks. Civil rights activists have long argued that one of the principal reasons why Blacks, Hispanics, and other minority groups have difficulty establishing themselves in business is that they lack access to the sizable orders and subcontracts that are generated by large companies. Now Congress, in apparent agreement, has required by law that businesses awarded federal contracts of more than $500,000 do their best to find minority subcontractors and record their efforts to do so on forms filed with the government. Indeed, some federal and local agencies have gone so far as to set specific percentage goals for apportioning parts of public works contracts to minority enterprises.

Corporate response appears to have been substantial. According to figures collected in 1977, the total of corporate contracts with minority businesses rose from $77 million in 1972 to $1.1 billion in 1977. The projected total of corporate contracts with minority businesses for the early 1980’s is estimated to be over 53 billion per year with no letup anticipated in the next decade. Promising as it is for minority businesses, this increased patronage poses dangers for them, too. First, minority firms risk expanding too fast and overextending themselves financially, since most are small concerns and, unlike large businesses, they often need to make substantial investments in new plants, staff, equipment, and the like in order to perform work subcontracted to them. If, thereafter, their subcontracts are for some reason reduced, such firms can face potentially crippling fixed expenses. The world of corporate purchasing can be frustrating for small entrepreneurs who get requests for elaborate formal estimates and bids. Both consume valuable time and resources, and a small company’s efforts must soon result in orders, or both the morale and the financial health of the business will suffer.

A second risk is that White-owned companies may seek to cash in on the increasing apportionments through formation of joint ventures with minority-owned concerns. Of course, in many instances there are legitimate reasons for joint ventures; clearly, White and minority enterprises can team up (team up: v.(使)结成一队, 合作, 协作) to acquire business that neither could acquire alone. But civil rights groups and minority business owners have complained to Congress about minorities being set up as “fronts (a person, group, or thing used to mask the identity or true character or activity of the actual controlling agent)” with White backing, rather than being accepted as full partners in legitimate joint ventures.

Third, a minority enterprise that secures the business of one large corporate customer often runs the danger of becoming―and remaining―dependent. Even in the best of circumstances, fierce competition from larger, more established companies makes it difficult for small concerns to broaden their customer bases: when such firms have nearly guaranteed orders from a single corporate benefactor, they may truly have to struggle against complacency arising from their current success.

1. The primary purpose of the passage is to

(A) present a commonplace idea and its inaccuracies

(B) describe a situation and its potential drawbacks

(C) propose a temporary solution to a problem

(E) explore the implications of a finding

2. The passage supplies information that would answer which of the following questions?

(A) What federal agencies have set percentage goals for the use of minority-owned businesses in public works contracts?

(B) To which government agencies must businesses awarded federal contracts report their efforts to find minority subcontractors?

(C) How widespread is the use of minority-owned concerns as “fronts” by White backers seeking to obtain subcontracts?

(E) What is one set of conditions under which a small business might find itself financially overextended?

3. According to the passage, civil rights activists maintain that one disadvantage under which minority-owned businesses have traditionally had to labor (to suffer from some disadvantage or distress “labor under a delusion”) is that they have

(A) been especially vulnerable to governmental mismanagement of the economy

(E) not had adequate representation in the centers of government power

4. The passage suggests that the failure of a large business to have its bids for subcontracts result quickly in orders might cause it to

(A) experience frustration but not serious financial harm

5. The author implies that a minority-owned concern that does the greater part of its business with one large corporate customer should

(A) avoid competition with larger, more established concerns by not expanding

(B) concentrate on securing even more business from that corporation

6. It can be inferred from the passage that, compared with the requirements of law, the percentage goals set by “some federal and local agencies” (lines 14-15) are

(A) more popular with large corporations

(E) easier to comply with

7. Which of the following, if true, would most weaken the author’s assertion that, in the 1970’s, corporate response to federal requirements (lines 18-19) was substantial

(A) Corporate contracts with minority-owned businesses totaled $2 billion in 1979.

(B) Between 1970 and 1972, corporate contracts with minority-owned businesses declined by 25 percent.

(C) The figures collected in 1977 underrepresented the extent of corporate contracts with minority-owned businesses.

(D) The estimate of corporate spending with minority-owned businesses in 1980 is approximately $10 million too high.

8. The author would most likely agree with which of the following statements about corporate response to working with minority subcontractors?

(A) Annoyed by the proliferation of “front” organizations, corporations are likely to reduce their efforts to work with minority-owned subcontractors in the near future.

(B) Although corporations showed considerable interest in working with minority businesses in the 1970’s, their aversion to government paperwork made them reluctant to pursue many government contracts.

(C) The significant response of corporations in the 1970’s is likely to be sustained and conceivably be increased throughout the 1980’s.

(D) Although corporations are eager to cooperate with minority-owned businesses, a shortage of capital in the 1970’s made substantial response impossible.

(E) The enormous corporate response has all but eliminated the dangers of over-expansion that used to plague small minority-owned businesses.